Island Getaways Of A Bygone Era

The stunning archipelago of Princes’ Islands off the coast of İstanbul in the Sea of Marmara is the perfect getaway for residents of one of the world’s busiest cities, İstanbul. Just a short ferry ride from the European and Anatolian shores of the historic city, the islands offer a rare glimpse of a multicultural society in modern Türkiye and are strongly reminiscent of life in the days of the Ottoman Empire.

Also known as İstanbul Islands or Kızıl Adalar, which means “Red Islands”, is one of the most popular day trip destinations from İstanbul, especially during the summer. Büyükada, Kınalıada, Burgazada and Heybeliada are regularly served by ferries from the European and Anatolian coasts of the city. The islands are a wonderful retreat for locals and visitors alike, each with its own character and rhythm of life they will inevitably hold and charm you.

The cluster of nine islands, four larger and five smaller, is completely closed to modern traffic, preserving the beauty and tranquillity of the environment and giving the destinations even more of a bygone era feel. The new electric buses that act as a taxi service offering sightseeing tours are a great way to zip around the main islands. Otherwise, these picturesque spots can be explored on foot or by bike for the more carefree adventurers. Filled with culture, history, and incredible views and rich in their heritage, the islands were home to many of Türkiye’s significant ethnic minorities. Today, they have long attracted Turkish residents and international visitors.

All over the archipelago, monasteries, churches, and mansions give a historical insight into the life of its residents, and the architecture of different eras has been beautifully preserved. And with the different cultures over the years, they have made the islands an incredibly interesting place to explore. 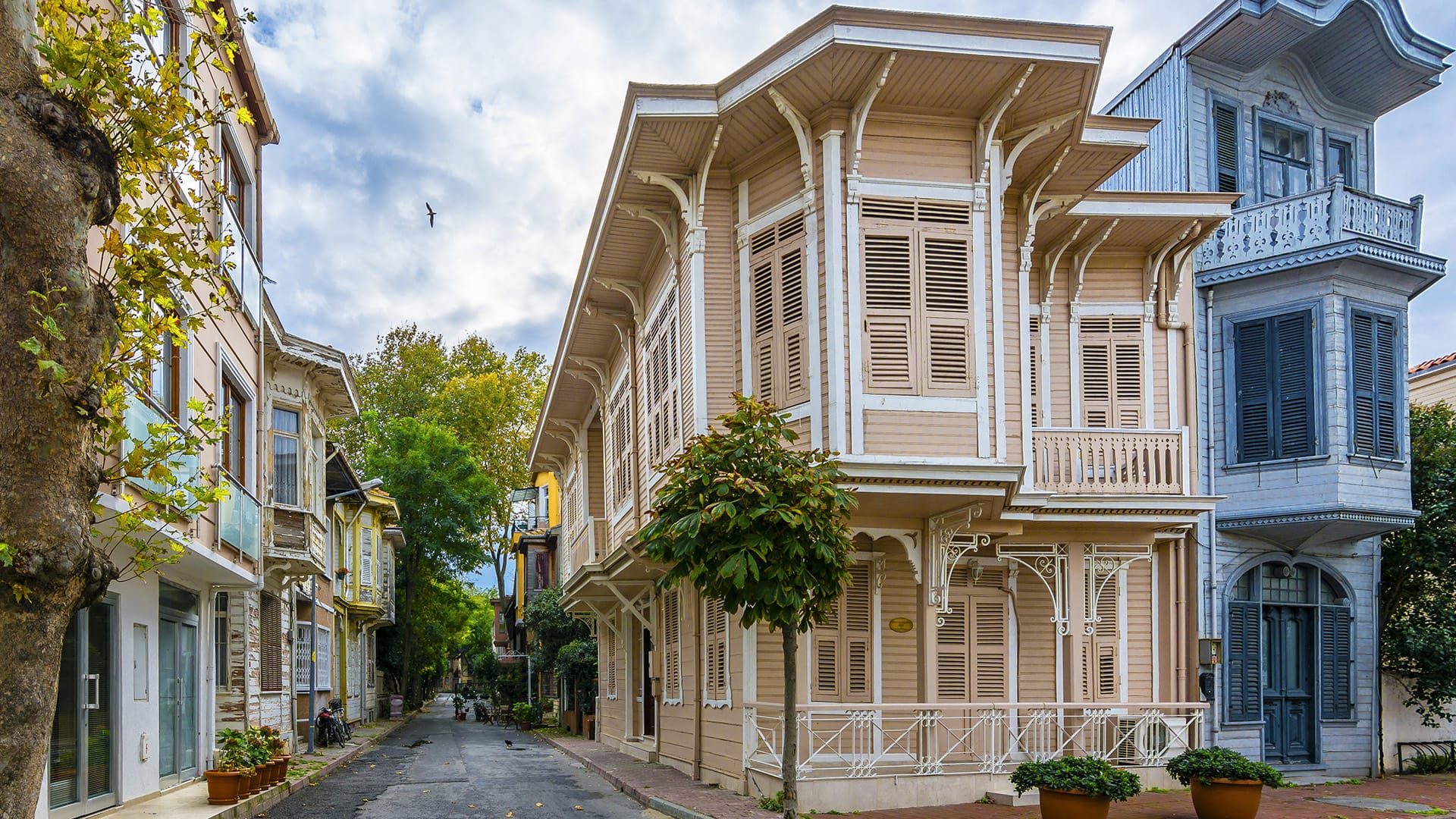 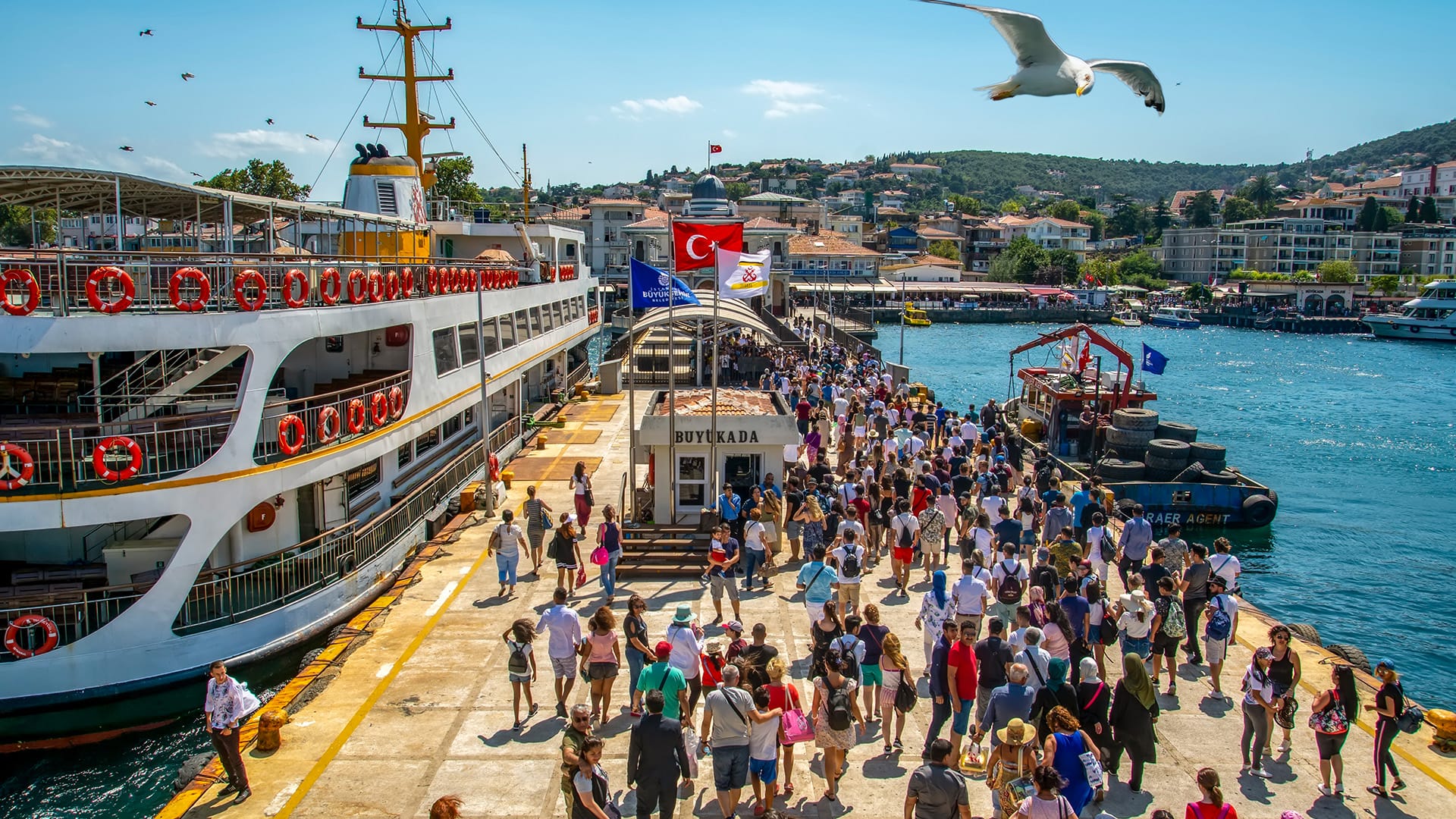 In the nineteenth century, the islands became a popular resort for İstanbul’s wealthy, and Victorian-styled-era cottages and mansions are still as colourful as ever on the largest island Büyükada.

For a fabulous family day out, or a chance to just relax and worship the sun and bathe for the day, the Prince's Islands off the coast of İstanbul in the Sea of Marmara is by far the best place to visit.

Easily visible from the mainland on a clear day, the islands are among the most popular day trips for locals and visitors to the city. The four main islands of Büyükada, Heybeliada, Burgazada and Kınalıada all have beaches - a mix of sandy beaches, rocky stretches of coastline and wooden or concrete bathing platforms built above the water - and some have several private and public beach clubs.

As you move away from the ferry docks, you'll find more tranquillity and better bathing water on the sides and backs of the islands. Burgazada and Kınalıada have some particularly nice spots. A smaller island, Sedef, is harder to reach by ferry, but its beach clubs are served by boat from Büyükada.