Wherever you look, you will see a beauty in İstanbul.  On the sea, under the sunrise or sunset; all seasons and 24/7; city lives. 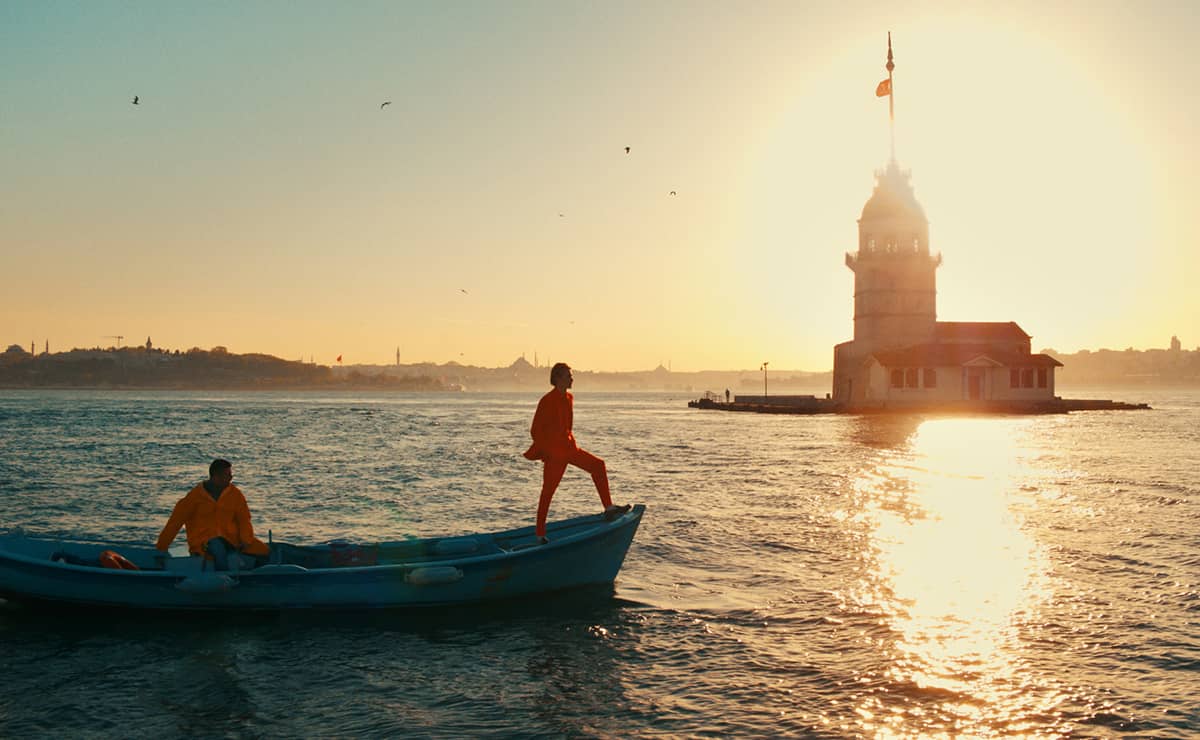 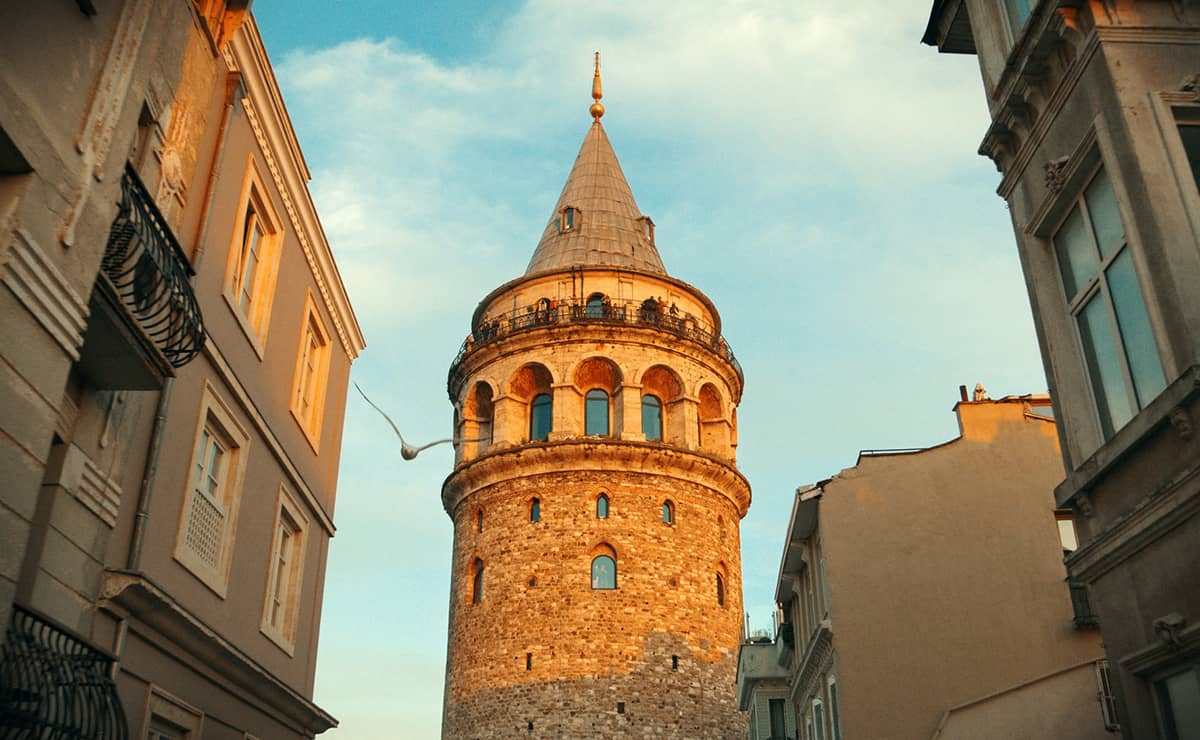 For more than 1,500 years İstanbul was the capital of the Roman, Byzantine, and Ottoman Empires.

With one arm reaching out to Asia and the other to Europe, İstanbul is the only city in the world built on two continents. The Bosphorus courses the waters of the Black Sea, the Sea of Marmara, and the Golden Horn through the city's heart.

İstanbul's fate has been sealed by its strategic location and its enchanting natural beauty. For more than 1,500 years it was the capital of three empires: The Roman, Byzantine, and Ottoman Empires. It was adorned as befitted its importance with magnificent monuments and became a metropolis where diverse cultures, nations, and religions mingled. These cultures, nations, and religions are the small colored stones that form the mosaic of İstanbul.

İstanbul’s identity began to take shape with the Byzantines and gained momentum during the period of the Ottoman Empire. Sultan Mehmet the Conqueror declared İstanbul the capital of Ottoman Empire after he conquered the city in 1453. Over the next 450 years the city was adorned with superb Ottoman monuments. Building works after the conquest gathered apace during the reign of Sultan Bayezid II, with the finest works built by Mimar Sinan, the Chief Royal Architect. This world-famous architect put his signature on the silhouette of İstanbul with a number of masterpieces.

The Ottomans were tolerant towards all religions and dedicated many places of worship to the Christian and Jewish communities so that they could practice their religion undisturbed. Thus, in İstanbul mosques, churches, and synagogues stood and still stand side by side as the physical evidence of İstanbul as a center and symbol of tolerance and the fraternity of religions.

As an imperial capital of 1,500 years, İstanbul is rich in architectural monuments reflecting its past splendor.

At every turn in the city one can happen upon Roman, Byzantine, and Ottoman palaces, mosques, churches, monasteries, monuments, walls, and ruins. The old city center, with its places of worship, government, trade and entertainment, was where the citizens mingled, enjoying the benefits of the security and bounty of the state while maintaining their culture and way of life.

The most magnificent of İstanbul's monuments are clustered on the Historical Peninsula, the triangular piece of land surrounded by the Sea of Marmara to the east and south, by the Golden Horn to the north, and by the city walls to the west. This group of sites, known as the Historic Areas of İstanbul, were included on the UNESCO World Heritage List in 1985, and continue to this day to impress visitors with their history and importance. Sultanahmet Square is the heart of the Historical Peninsula and in its vicinity one can find the most prominent examples of Byzantine and Ottoman architecture.

Living Heritage of the Byzantines

During the Byzantine period the center of the city was the Hippodrome and its environs. The palace was the center of power and Ayasofya-i Kebîr Cami-i Şerîfi (Hagia Sophia Grand Mosque) was the most spectacular religious building. The hippodrome served as an entertainment center for the people and the Yerebatan Sarnıcı (Basilica Cistern) supplied most of the city's water. All these structures can be found in the center of the city. During Ottoman times, the square where the hippodrome once stood became the site for the circumcision ceremonies of the sultans' sons.

The most glorious architectural heritage of the Byzantine Empire is Ayasofya-i Kebîr Cami-i Şerîfi (Hagia Sophia Grand Mosque) which is referred to as the “8th Wonder of the World.” With a history of more than 1,500 years, it is one of the great symbols of İstanbul. The mosaics of Ayasofya-i Kebîr Cami-i Şerîfi (Hagia Sophia Grand Mosque), which were uncovered after it became a museum, are the foremost examples of Byzantine art of the 9th to 12th centuries. The Kariye Mosque (former Chora Church) is another Byzantine monument famous for its fine mosaics and frescoes. The Neve Shalom, Ahrida, and Aşkenazi Synagogues are three of the most important sacred places for Judaism in İstanbul.

The Topkapı Palace is particularly important for the Mukaddes Emanetler Dairesi (Chamber of Holy Relics) where Prophet Muhammed's Hırka-i Saadet (Blessed Mantle) and Sancak-ı Şerif (Holy Banner) are kept in their golden chests. The Sultan Ahmet Mosque, also known as the Blue Mosque, was built between 1609 and 1616, and houses the tomb of its founder, Sultan Ahmed I, a madrasah, and a hospice.

The Historic Areas of İstanbul, inscribed on the UNESCO World Heritage List in 1985, cover four main areas: The Archaeological Park, the Süleymaniye Mosque and its associated conservation area, Zeyrek Mosque and its associated conservation area, and the City Walls of İstanbul. In its evaluation report, the International Council on Monuments and Sites has stated that one cannot conceive of the UNESCO World Heritage List without İstanbul, which has been associated with the world’s major political, religious, and artistic events for over 2,000 years. The cultural property in this area includes unique monuments and masterpieces of universal architecture. Two of these monuments are Ayasofya-i Kebîr Cami-i Şerîfi (Hagia Sophia Grand Mosque) , built by Anthemius of Tralles and Isidore of Miletus in AD 532-537, and the Süleymaniye Mosque, a masterpiece of Mimar Sinan (“Architect Sinan”) or Mimar Koca Sinan (“Great Architect Sinan”). The 6,650-meter-long city walls of Theodosius II, with its second line of defenses created in AD 447, has been one of the world’s leading references in military architecture.

Another historical area of İstanbul, on the opposite shore of the Golden Horn, is the former district of Pera, meaning “the other shore.” Settled by Genoese and Venetians in the 12th century, this quarter was inhabited mostly by Levantines and represented the city’s Western face. The cosmopolitan character of ancient İstanbul is reflected in the following buildings in Pera: the Galata Tower built by the Genoese, stately consulates which were embassies before the capital was moved to Ankara, and the Art Nouveau buildings of İstiklal Avenue. Church of St. Anthony of Padua, a silent and tranquil spot on this avenue, is visited frequently by devout visitors of every religion. Palaces, summer palaces, castles, and large mansions built by the Ottomans continue to adorn İstanbul. After Topkapı Palace, Yıldız Palace and Dolmabahçe Palace on the shores of the Bosphorus became the residences of the Ottoman sultans. İstanbul is also famous for the elegant wooden houses, known as yalıs, built along the shores of the strait.

This horn-shaped estuary known as the Golden Horn divides European İstanbul in two. As one of the world’s best natural harbors, the Byzantine and Ottoman navies and their commercial shipping interests were centered here. Today, lovely parks and promenades line the shores where the setting sun casts a golden hue on the water. At Fener and Balat, neighborhoods midway up the Golden Horn, whole streets full of old wooden houses, churches, and synagogues date from Byzantine and Ottoman times, while the Ecumenical Patriarchate of Constantinople resides at Fener. Eyüp, a little further up, is full of Ottoman architecture, much of it restored, and cemeteries dotted with dark cypress trees covering the hillsides. Many believers come to the Tomb of Eyüp in the hope that their prayers will be granted. The Pierre Loti Café, atop the hill overlooking the shrine, is a wonderful place to enjoy an alternative view of İstanbul.

A stay in İstanbul is not complete without a traditional and unforgettable boat excursion up the Bosphorus, the strait that separates Europe and Asia. Its shores offer a delightful mixture of past and present, grand splendors and simple beauty.

The best way to see the Bosphorus is to board one of the passenger boats that regularly zigzag along the shores. Embark at Eminönü and stop alternately on the Asian and European sides of the strait! The round-trip excursion, very reasonably priced, takes about six hours. For those who want a private voyage, there are agencies that specialize in organizing daytime or nighttime mini-cruises.

During the trip you will go past the magnificent Dolmabahçe Palace, while further along you will encounter the green parks and imperial pavilions of Yıldız Palace. Built on the waterfront with parks extending behind it, Çırağan Palace was refurbished in 1874 by Sultan Abdülaziz, and is now restored as a grand hotel. For 300 meters along the Bosphorus shore, its ornate marble facades reflect the swiftly moving water. At Ortaköy, the next stop, every Sunday artists gather to exhibit their work in a street-side gallery where the variety of people create a lively scene. While in Ortaköy, you should sample a tasty kumpir (baked potato) from one of the street vendors. And also note its church, mosque, and synagogue that have existed side by side for hundreds of years – a tribute to Türkiye's tolerance at grassroots level. Overshadowing İstanbul's traditional architecture at Ortaköy is one of the world's largest suspension bridges, the Boğaziçi Bridge, linking Europe and Asia.

The beautiful Beylerbeyi Palace lies just past the bridge on the Asian side and behind the palace rises Çamlıca Hill, the highest point in İstanbul. You can drive here to admire the magnificent panorama of İstanbul and the beautiful, landscaped gardens. On the opposite shore, the wooden Ottoman villas of Arnavutköy create a contrast with the luxurious modern apartments of neighboring Bebek. A few kilometers further along the Bosphorus stand the fortresses of Rumeli Hisarı (Rumeli Fortress) and Anadolu Hisarı (Anatolian Fortress) facing each other across the strait like watchful protectors. Göksu Palace, sometimes known as Küçüksu Palace, graces the Asian shore next to Anadolu Hisarı. As the second link between the two continents, the Fatih Sultan Mehmet Bridge straddles the waterway just past these two fortresses.

From Duatepe Hill on the European side you can admire the magnificent panorama of the bridge and the Bosphorus. Below Duatepe, beautiful Emirgan Park bursts with color when its tulips bloom in the spring. On the Asian shore is Kanlıca, a fishing village that is now a favored suburb for affluent İstanbul residents. Crowds gather in the restaurants and cafés along its shores to sample its famous yogurt.

Shortly after Kanlıca and Çubuklu is Beykoz Korusu (İbrahim Paşa Woods), a popular retreat. In its cafés and restaurants, you can enjoy the delightful scenery and clean, fresh air. Back on the European side, at Tarabya Bay, yachts seem to dance at the moorings. The coastal road then bustles with taverns and fish restaurants from Tarabya to the charming suburbs of Sarıyer and Büyükdere. Sarıyer has one of the largest fish markets in İstanbul and is also famous for its delicious varieties of milk puddings and börek (pastries). After Sarıyer, the narrow strait widens and opens into the Black Sea.

The Princes' Islands, an archipelago of nine islands in the Sea of Marmara, were places of exile for Byzantine princes. Today, during the summer months, İstanbul residents escape to the islands' cool sea breeze and elegant 19th-century houses.

Büyükada is the largest of the islands. Here you can enjoy a ride e-cart among the pine trees or relax on a beach in one of the numerous coves that ring the island. The other popular islands are Kınalı, Sedef, Burgaz, and Heybeliada. Regular ferryboats connect the islands with both the European and Asian shores, and a faster sea bus service operates from Kabataş in the summer.