İstanbul is a generous map for all moods, priorities and perspectives. Every corner is filled with experiences that match perfectly, like you are pieces of the same puzzle. 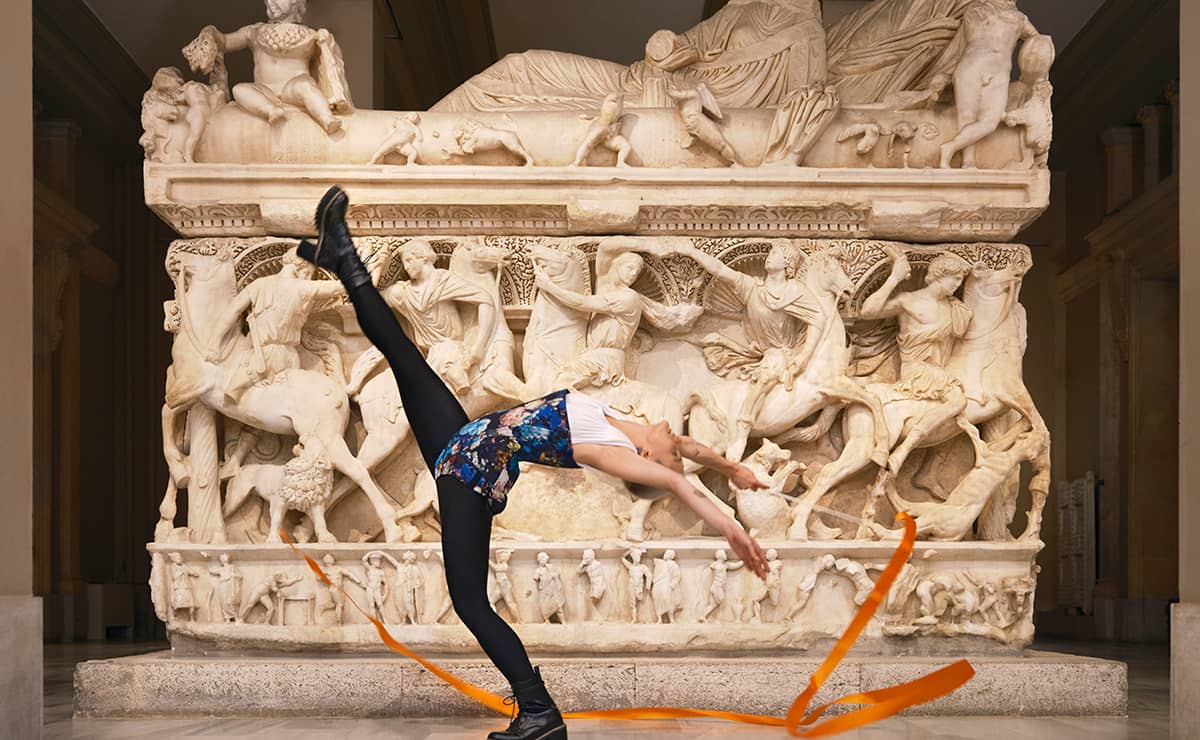 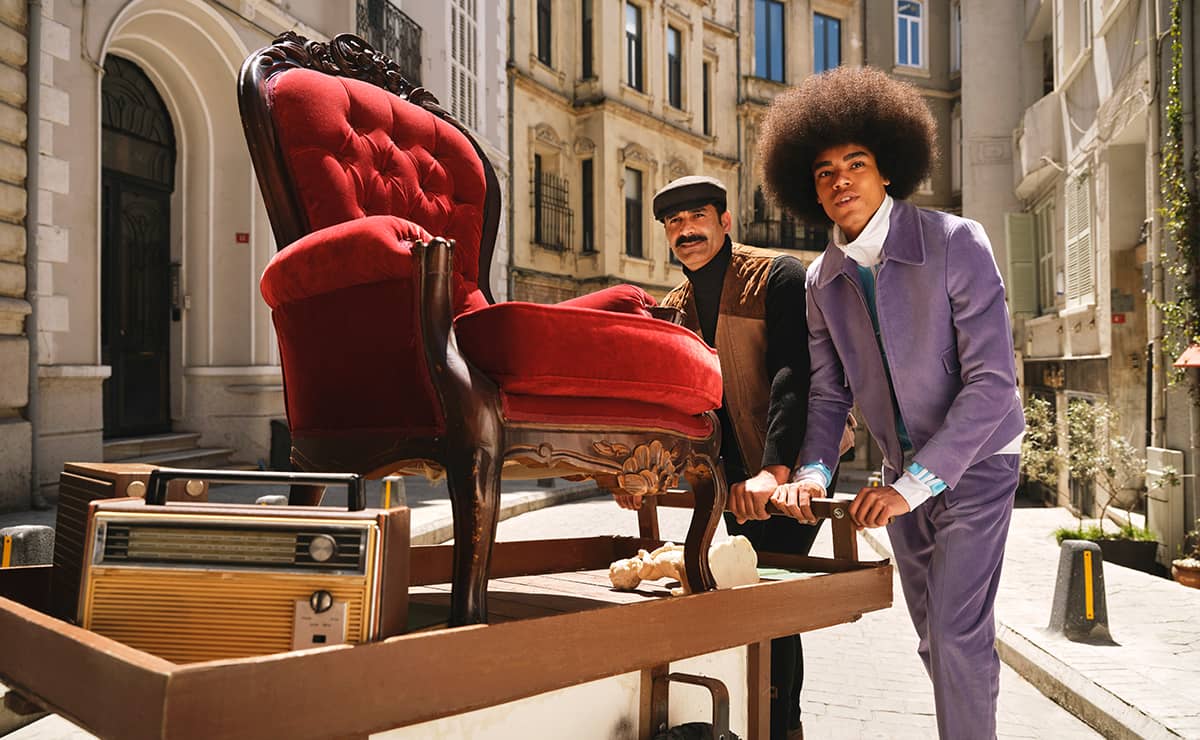 Building on the assets inherited from a glorious past, İstanbul is an international city with a financial and economic center offering services in banking, telecommunications, marketing, engineering, and tourism.

International conferences and festivals, fairs, fashion shows, sports, and art performances give a new dimension to the city’s life and potential.

İstanbul is one of the busiest centers of congress travel in the world, offering every support and service to conferences of all sizes. İstanbul's excellent transportation and communication facilities, as well as the wide choice of accommodation equipped with the latest technology provide visitors outstanding services.

İstanbul is an international center for arts and culture with a rich tradition in opera and ballet, theaters performing both Turkish and international works, concerts, exhibitions, festivals, auctions, conferences and, of course, museums.

İstanbul's private museums, which opened one after the other in the early 2000s, have hosted exhibitions showcasing the world's finest masterpieces.

İstanbul Modern offers a permanent collection of modern art alongside temporary exhibits, featuring many of the most famous Turkish painters. Santral İstanbul not only presents the public with artistic and cultural activities but also aims to become an interdisciplinary, international platform contributing to the creation of an environment fostering intercultural dialogue and debate. Contemporary İstanbul is Türkiye’s only international fair for contemporary art. Organized every year, the fair is a meeting place for art lovers, collectors, art galleries, and artists from all over the world. The most prestigious of the city's international cultural events are the international festivals organized by İstanbul Foundation for Culture and Arts, including in their programs the finest examples of artistic creativity in the fields of classical music, ballet, modern dance, opera, folklore, jazz/pop, cinema, drama, and visual arts from both Türkiye and abroad. The foundation also organizes seminars, conferences, and lectures.

Superb Spots for All

On the European side of the Black Sea coast, 25 kilometers from the outskirts of İstanbul, the long, broad sandy beaches of Kilyos draw crowds of İstanbul residents in the summer. Belgrad Forest, inland from the Black Sea on the European side, is the largest forest in İstanbul’s vicinity. On weekends, İstanbulites drive out here for family picnics and barbecues in the coolness of its shade. Seven ancient reservoirs and a number of natural springs refresh the air while its Ottoman aqueducts, of which the 16th-century Moğlova Aqueduct built by Sinan is the most splendid, lend majesty to the natural surroundings. On the Asian side, Polonezköy, 25 kilometers from İstanbul, was founded by Polish immigrants in the 19th century. İstanbul residents come to Polonezköy's pastoral landscape for walks and horseback riding, and to enjoy the traditional Polish food served by descendants of the original settlers. On the Black Sea coast, 70 kilometers from Üsküdar, the sandy beaches, fish restaurants, and hotels make Şile one of the most delightful holiday destinations near İstanbul. The cool, cotton clothing called Şile bezi is popular with tourists and is fashioned here.

Bayramoğlu-Darıca Bird's Paradise and Botanic Park, 38 kilometers from İstanbul, is a unique place to relax. Many species of birds and plants from all over the world can be seen in this vast park, which also has restaurants and a promenade for pedestrians.

The charming fishing town of Eskihisar, on the southeast of İstanbul, boasts a marina where yachtsmen moor their boats after a day of sailing on the Sea of Marmara. In the town, the house of Osman Hamdi Bey, Türkiye's great 19th-century painter, was made into a museum. Neighboring sites include the tomb of Hannibal, one of the greatest military commanders of all time, between Eskihisar and Gebze, and a Byzantine castle.

Many İstanbul residents have summer houses near Silivri, a popular vacation area about 65 kilometers from İstanbul. As a large holiday resort town, it offers sports, health, and fitness facilities, while the conference center attracts businesspeople who want to escape the city's fast pace for a working holiday. A regular sea bus service connects İstanbul to Silivri.

İstanbul is a shopper's paradise, catering to every kind of customer. From covered bazaars and workshops that continue ancient traditions, to shopping malls and department stores, İstanbul offers a wide variety of shopping opportunities.

Kapalı Çarşı (Grand Bazaar) and Mısır Çarşısı (Spice Bazaar) are the two most-visited places in İstanbul. Kapalı Çarşı has evolved into its present form over a period of 250 years, and today sells everything from antiques to jewelry, from gold to affordable souvenirs in over 3,000 shops. Its original function, which was determined by Sultan Mehmet the Conqueror, was to generate income for the upkeep of Ayasofya-i Kebîr Cami-i Şerîfi (Hagia Sophia Grand Mosque). Mısır Çarşısı was opened with the similar aim of supporting Yeni Cami (New Mosque). Today, both Kapalı Çarşı and Mısır Çarşısı are places for finding the perfect array of İstanbul souvenirs and mementos. As both were once primary trading centers during the Ottoman period, today some traditional wares can still be found here. Arasta Çarşısı (Arasta Bazaar), situated behind the Sultan Ahmet Mosque, is another place where authentic goods and handicrafts can be found. Sultanahmet and the surrounding areas are also great shopping destinations. Old book enthusiasts should visit the Sahaflar Çarşısı (Booksellers' Market), which is situated between Beyazıt Mosque and Kapalı Çarşı.

The sophisticated shops of the Taksim-Nişantaşı neighborhoods provide a contrast to the hustle and bustle of the bazaars. On İstiklal, Cumhuriyet, and Rumeli Avenues, for example, one can browse the shops selling special pieces such as Turkish designer products and top international designer brands at leisure. Exquisite jewelers, finely designed handbags, and shoes can also be found here.

For those who do not want to spend too much time wandering in the streets while shopping, there are a number of shopping malls that bring many brands and types of goods under one roof. These malls host top fashion stores, furniture shops, and shops selling household goods. You’ll also find cafés, restaurants, and food courts in malls; some malls even have cinemas and places to entertain children.

There are many places to go if you want to shop in İstanbul. Whether your idea of a perfect shopping day involves wandering around a historic neighborhood and discovering boutique shops tucked away on side streets, or shopping in ease and luxury in one of the city’s many high-end malls, every experience is available for you.

Nişantaşı is the beating heart of luxury fashion and the capital of local boutiques in İstanbul. The neighborhood is dominated by high-quality, high-fashion shops that appeal to both an upper-class crowd and the average enthusiastic shopper. Many of Türkiye’s top designers have boutiques or ateliers in Nişantaşı, with bright and glittering and chic items on display in their well-curated windows.

The main shopping street in the neighborhood is Abdi İpekçi Street. The neighborhood itself was founded by the sultan in the 19th century, and these days is an affluent, diverse neighborhood with lively restaurants, cafes, shops, and other venues.

The steep, winding streets of Çukurcuma are home to some of the funkiest, trendiest shops in İstanbul, alongside many shops selling antiques and vintage items. Some people call this neighborhood the antique district, because of the wild items spilling out of the many antique shops and onto the sidewalks. It’s easy to spend hours getting lost in the bric-a-brac of these shops, laden with old lamps, statuettes, fine-cut glasses, old records, wooden knick knacks, and more.

Once you’ve managed to extricate yourself from the fascinating antique shops, you’ll see a bright array of boutiques and specialty stores. Artisanal items, boutique clothing stores, and art shops all dominate this small area. Influenced by the many galleries in the neighborhood and the proximity of fashionable neighborhoods and Taksim Square, Çukurcuma is a quieter and bolder place to find special items for souvenirs or just for your own enjoyment.

The stylish Bebek neighborhood is a place to see and be seen. Sprawled along a scenic stretch of the Bosphorus shore, Bebek is wealthy and beautiful, full of high-end shops and boutiques to pop into. Clothing and accessories beckon, while artisanal perfumes or locally-made beauty products are displayed impeccably in shop windows.

It’s easy to spend a day completely enthralled by Bebek. It’s one of the most scenic shopping districts, with its Bosphorus views and stylish restaurants dotting the neighborhood. Here, there’s no rush to get one thing you need. Instead, spend hours going in and out of shops, enjoying the vibe of Bebek, strolling along the wide seaside walking path, soaking in the scenery, and shopping for some of İstanbul’s most stylish stuff.

The high-end luxury of Nişantaşı and İstiklal Avenue aren't for everyone. While some people prefer to wear the latest trends and most popular brands, others prefer to find bargains, to dip into the fashions of yesteryear and find what'll be the next thing tomorrow.

And in a city like İstanbul, where history goes back 2,000 years, there are some incredible finds waiting to be discovered. The antique shops feature endless pieces of indeterminate date and brands long gone by, mostly sold for a fraction of what you think they should cost.

İstanbul's (and Türkiye’s in general) history of craftsmanship means that you'll also find immeasurable handcrafted, handwoven, and handmade pieces of every shape and size. Some new, some old. So where should you go to dig out these bargains and masterpieces?

Every Sunday, this flea market is packed with people looking to stock up on collectibles, or just browsing in case they come across a once-in-a-lifetime gem. It's located at the bottom of the hill, past Bomonti and Taksim, maybe a ten-minute walk from Taksim Square. The market is simply massive, and it's designed to be completely eclectic. You might find yourself lost in a stand full of cameras and old technology, and right next to it, there might be a stall with an incredible map collection, or old, foreign language books, or vinyl, or just about anything else you can imagine. Week to week the things you'll find change a fair amount, and if you go towards the end of the day, you might get some exceptionally low prices as people are willing to lower rates to get rid of their wares rather than taking them back home with them.

Çukurcuma is known for its antique shops. When you walk up Çukurcuma Street, you'll see dozens of shops with odds and ends that catch your attention. Everything from old photos and postcards to furniture. Most of the stores are packed to the brim with items, and just browsing is fun regardless of whether you intend to buy anything or not.

The flea market in Dolapdere is an absolute gem. Dolapdere is a more rundown neighborhood, and whereas Çukurcuma and Feriköy can sometimes serve a relatively more well-heeled crowd, Dolapdere is the real deal. On early Sunday mornings, you can find just about anything here and there are people both who are eager to sell wares and people who are looking for more than just a cute item to sit on their mantelpiece untouched for years. There are true gems in this market, and it may be the best flea market anywhere in the city.

Balat is maybe the oldest district in the city, so it's no surprise that it houses some of the city's best antique stores. Many of the wares you'll find are actually new, but still handcrafted by families who've been crafting the same things for generations. You could easily spend an entire day wandering through Balat looking both at the old homes, the churches and mosques, and the windy alleyways while stopping in at the little antique shops you pass and checking out what amazing thing will pop up next!